skip to main | skip to sidebar

Okay, so it looks a lot like St. Dominic's Preview. It's actually culled from those very same sessions. Except in this batch of transcendental Irish r&b melodies, Van waxes poetic using a particularly unorthodox instrument. Something called a "pickle." Hmmm. 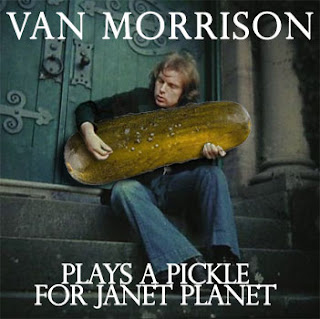 In real life, Van really did have a wife named Janet Planet. How amazing is that? I've been listening to his music for nearly two decades, and not once have I ever wanted to know what Janet Planet's real name is. She doesn't need one. She just needs to be beautiful and mystical and a big, fat hippy.

Speaking of hippies, I've been listening to Astral Weeks a lot lately. It's so consistently perfect, it may very well be my #1 desert island album pick. It's just got such a good mix of styles that I love: folk, jazz, manic rambling romanticism. There's also a good amount of classical Bach sounds and structures in it, not to mention a fiercely swinging "The Way Young Lovers Do" that more people seem to know about via Jeff Buckley than from the original. Whatever. Astral Weeks is crazy cuz it has everything in it but rock 'n' roll. And yet it still stands as one of the best albums from a time period dominated by the best rock 'n' roll ever made. Nobody listens to Van Morrison to hear rock, anyway. That's what my other desert island picks from that period are for: the Stooges' Funhouse, White Light/White Heat and everything by Jimmy Hendrix. Now, I hate to use the word "timeless," but damnit, if Astral Weeks doesn't sound like it could have been produced in some Renaissance recording studio that had a time machine in it specifically designed to transport late-period hard bop jazz musicians there, I don't know what does.

Anyway, I think you'll agree that Plays A Pickle For Janet Planet is a much better album cover than this one... 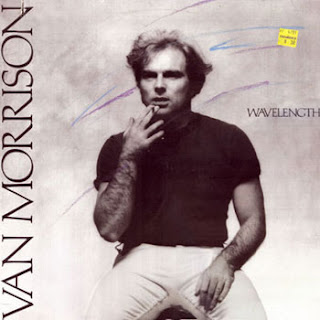 New Bob Dylan Coming Out Everybody!

I was bored, so I decided to do some crappy Photoshop album covers for the apocalypse. This one's coming out in 2012. 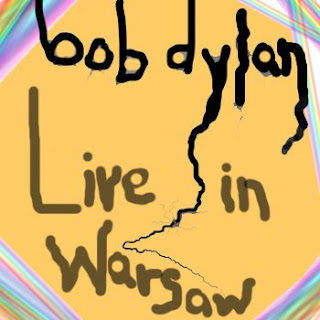 Not bad considering this one is a real album cover from 1980 or so. 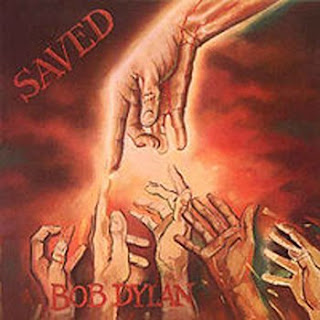 Posted by Henry Horker at 7:13 PM No comments:

...whaddya say? Let's just take off. You and me, just like we used to talk about. We could finally find that cozy little B&B somewhere on the coast of Maine, something with a lighthouse overlooking the ocean. You know, on the coast. Way up above a bunch of waves crashing around on the rocks and barnacles with seagulls flying around. A place where you and I could just get away from it all, and finally find the time to do all the things we've both been itching to do all these years, but never could get around to actually doing, you know? Like "Shovington Fur!?" Shit, remember "Shovington Fur?" My novella I've been meaning to crank out forever about the solar-powered men's club restaurant kiosk. Remember? Whatever. You could do stuff, too. You could grow out your nails. Hang out with fishermen and collect shells. Make coffee in the afternoons. Maybe we could knit some wool dogs to keep us company. Keep a tank full of giant lobsters next to our bed. Play some kind of game in the lighthouse on the weekends. I don't really know what kind of game it could be, just the two of us and all, but it doesn't matter, does it? It'd just be a stupid little game. It doesn't have to be anything big like a theater production. It could just be something fun where I hide in the lighthouse somewhere, maybe on the steps, and you could sneak around like a cranky old police officer. Or, fuck it, you could hide and I could run up and down the stairs in my underwear. Jesus, I don't know. We could just goof around and have fun and just laugh. Huh? How's that sound? Just the two of us, living out our fantasies. It's not so crazy, is it? I'm not crazy, am I?
Posted by Henry Horker at 10:23 AM 3 comments:

Pretty cool, huh? I just ordered it from this cool Chinese website. That's me in my new full-body middle-aged Midwestern woman outfit that comes complete an airbrushed Sarah Palin t-shirt. It's got microscopic holes in the double chin where I can receive my nutrients and a roomy compartment in the ass for a self-contained cooling system. It can also sharpen pencils with the pussy.
Posted by Henry Horker at 8:05 PM No comments:

Which One's The Real PIcture Of Backwoods Bigotry?

It's hard to tell in these heady times. I haven't posted for a while, and it's because I can't tear myself away from watching every gloriously insane second of this year's presidential race.

But who gives a crap about me? There's a mystery to solve here. Can you help me figure out which of these homemade billboards is really sitting on the side of the road in West Plains, Missouri? Can you?

Thanks to Ideas By Chuck!
Posted by Henry Horker at 2:42 PM No comments:

Holy holy Jesus Christ. What the fuck have we done to ourselves? You died for our sins (supposedly), and we--the deeply flawed human race--in turn, have created an utterly horrific mockery of it all. Apparently, it's not enough for some of us to pack together in large, crowded buildings and subject ourselves to the lunatic rantings of some self-adorned idiot interpreter of your gospels. No, now that duty has fallen onto the shoulders of those self-adorned idiots' children. And the result is positively satanic. I defy any of you to watch this and not want to punt this sermon-sponge into St. Peter's merely for his own sake. For humanity's sake. I defy you!!
Posted by Henry Horker at 7:56 AM 1 comment:

...here in Atlanta. It was just sitting on the side of the road in Edgewood along with a bunch of trash. I couldn't believe it, either. A perfectly good and legally binding "contrack" for a "mind blowing orgasm" on 3/4 of a crumpled paper plate--just tossed aside like so much garbage. Waste not, want not, indeed.
Posted by Henry Horker at 5:59 PM No comments: